From FOOD AND COOKING OF THE MIDDLE KINGDOMS: Arlene Roast Root Vegetables 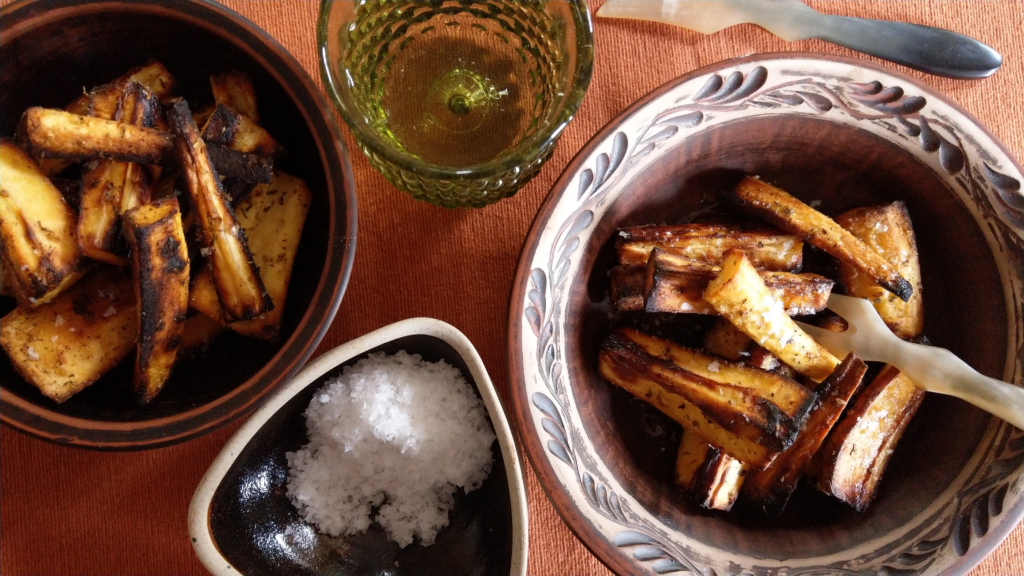 This basic approach is used all over Arlen for root vegetables generally, but especially for parsnips and turnips. Please note that the latter means, ideally, “baby” or young tender turnips (Brassica rapa: navets as the French call them), or at least older “true” turnips. The baby ones tend to be a very seasonal vegetable, available only in the late spring/early summer. (Swedes [Brassica napus, aka the rutabaga, all too often sold labeled as “turnip”] are likely to produce less-than-optimal results. If they’re all you can get at the moment, don’t bother).

Depending on your choice of vegetable: 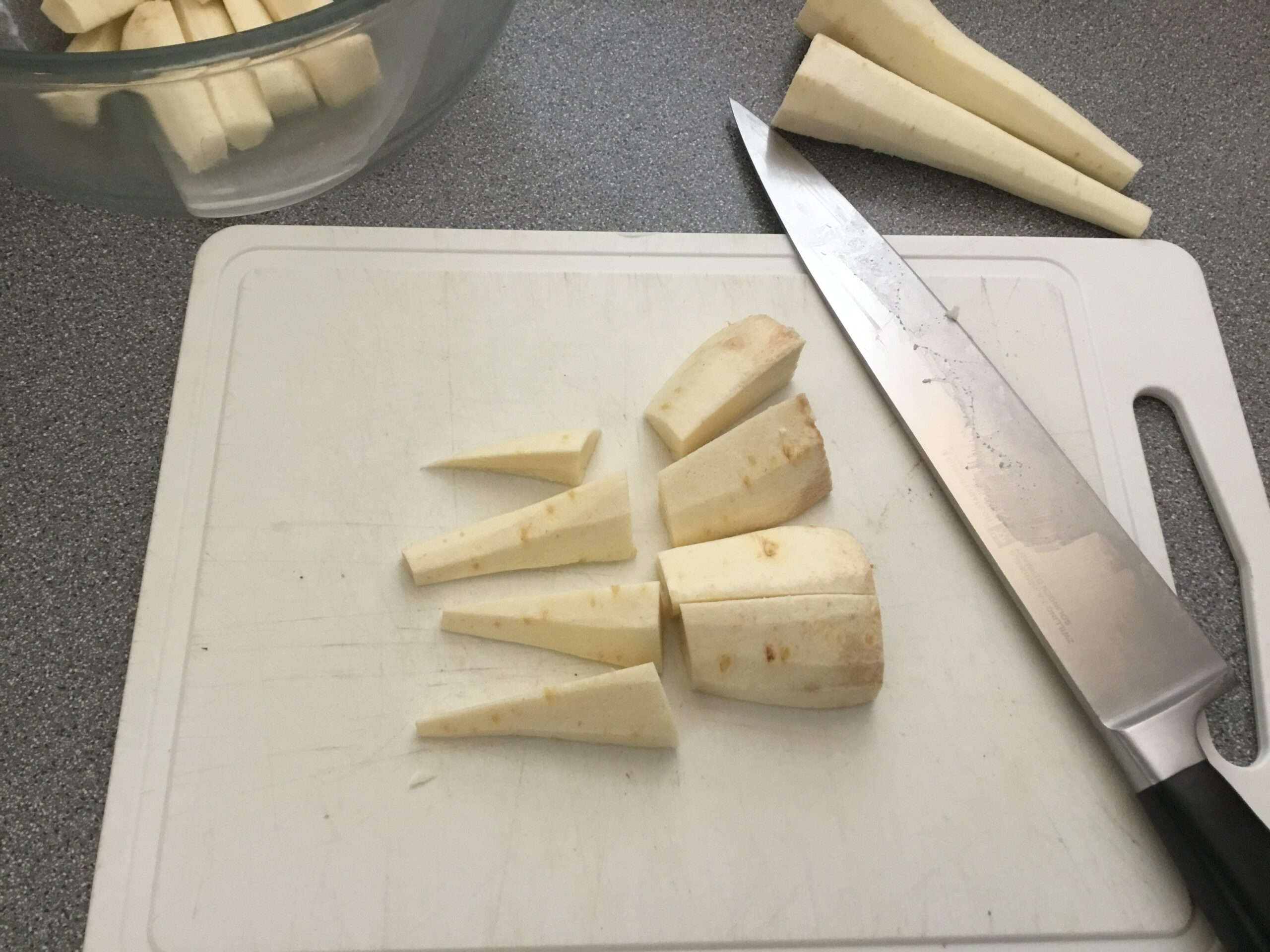 In a large bowl, toss with the oil, then add the suggested spices (though not the salt) and toss again.

Spread the vegetables across two large baking sheets, being sure to not overcrowd. Add a final drizzle of olive oil over the vegetables; sprinkle with the salt.

Roast until golden and easily pierced with a knife — about 30 minutes for parsnips: about 35-40 minutes for turnips — tossing once halfway through. Reduce the heat if they look like they’re going to scorch.

Serve as hot as possible! 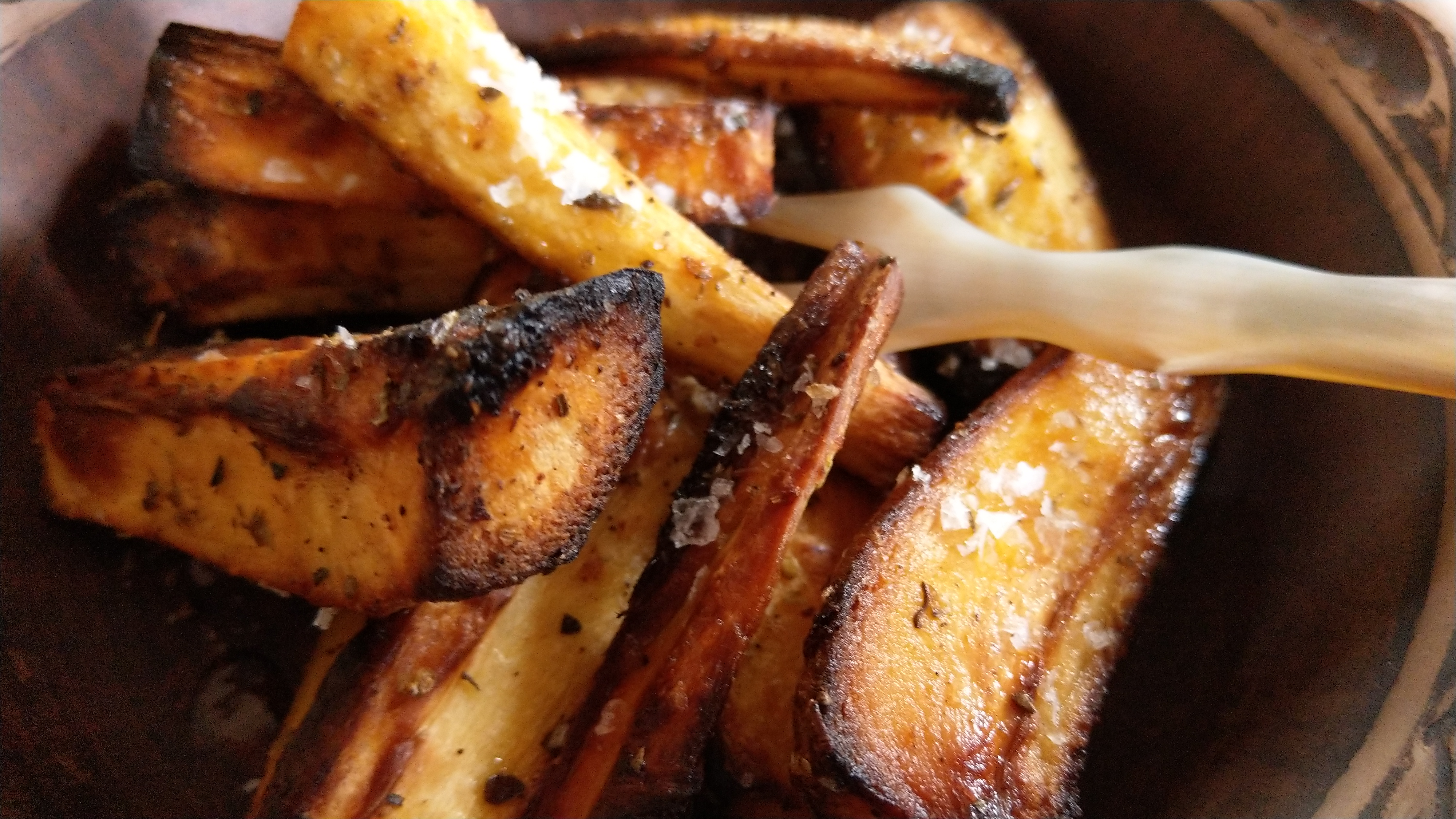 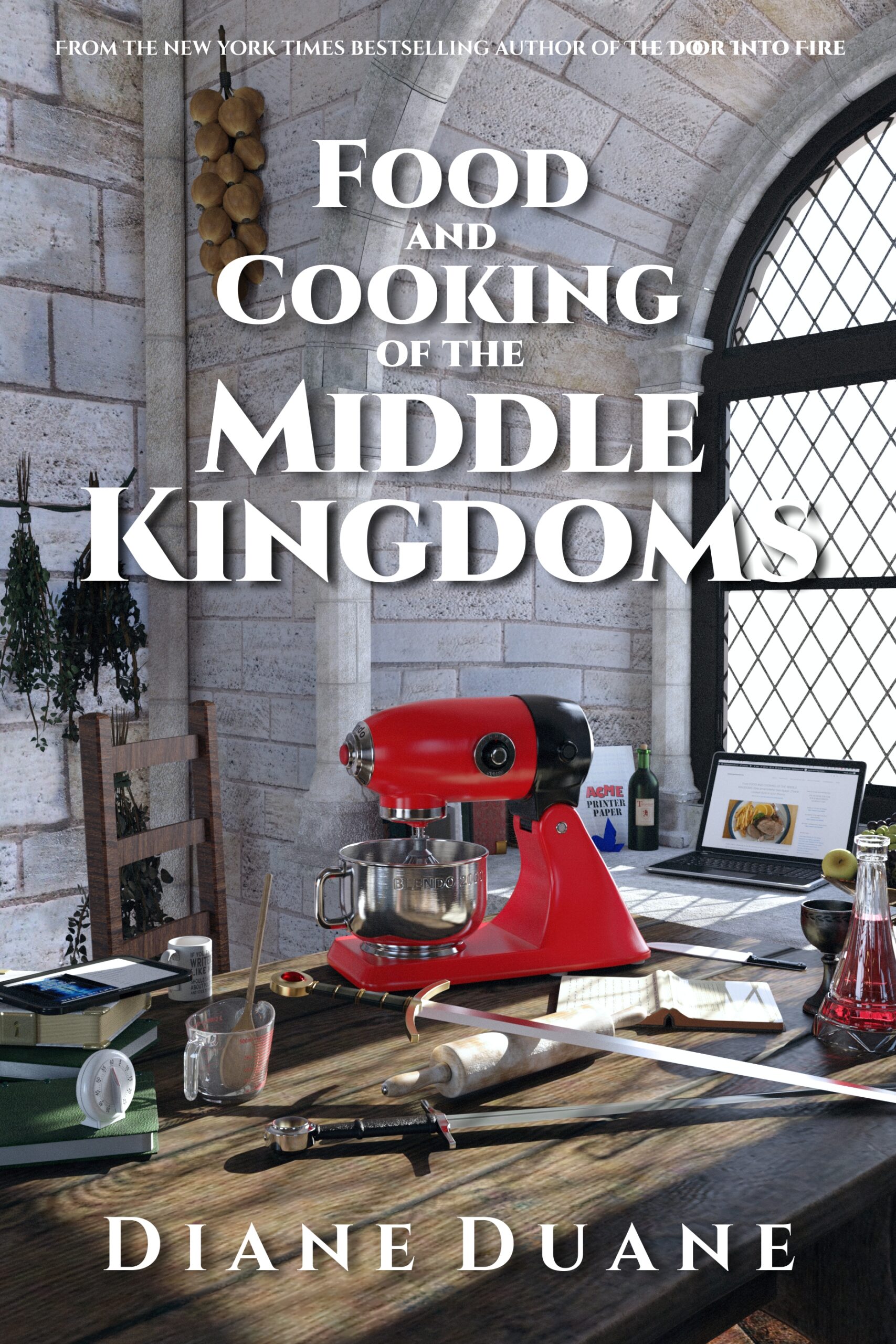 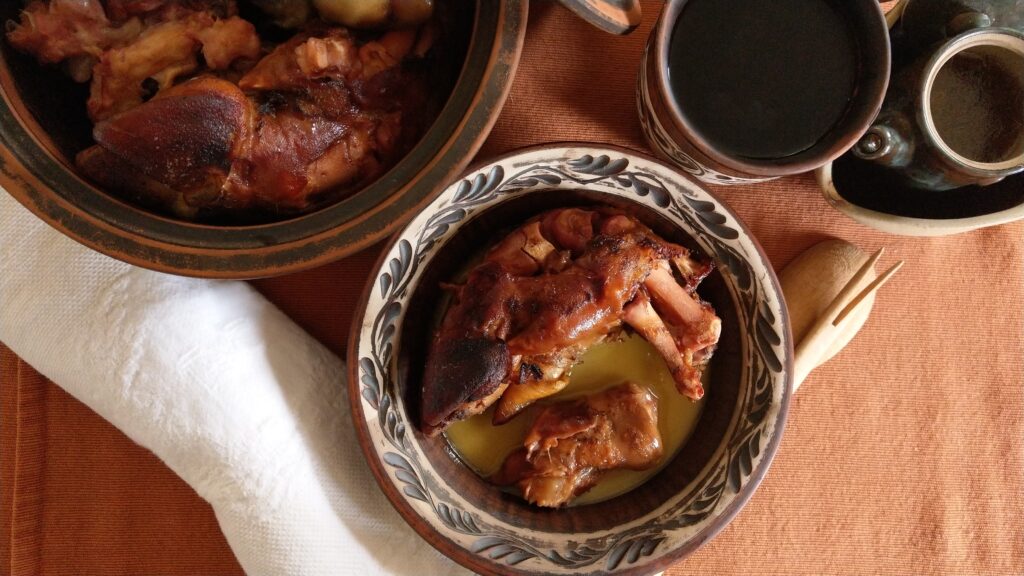 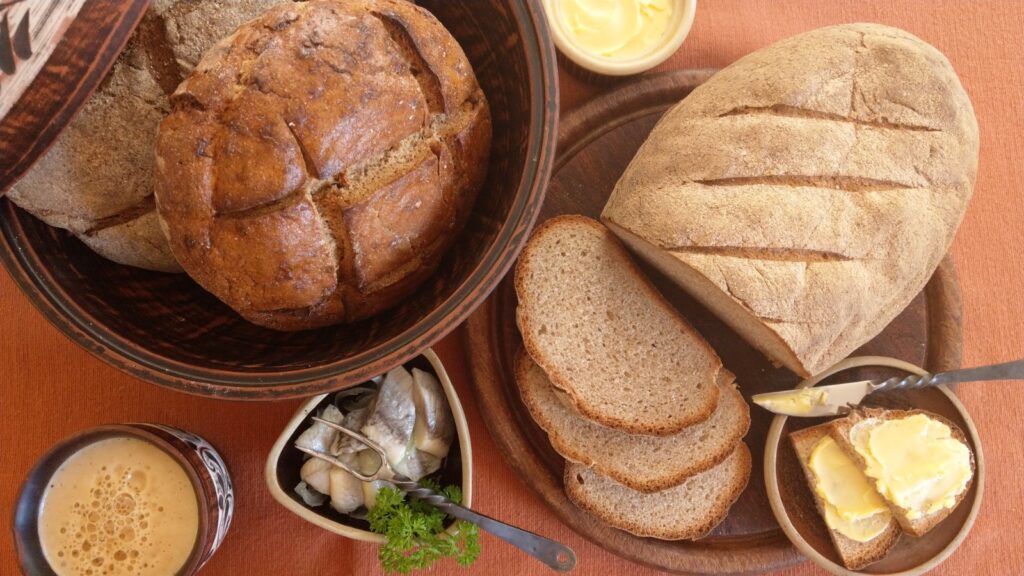 Next Post From FOOD AND COOKING OF THE MIDDLE KINGDOMS: Country (Maslin-style) Brown Bread 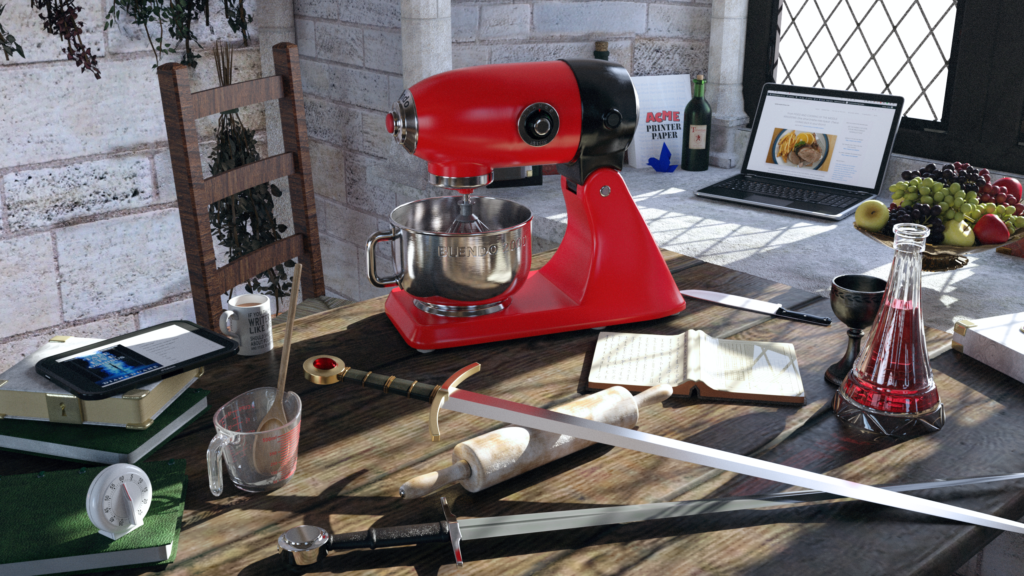 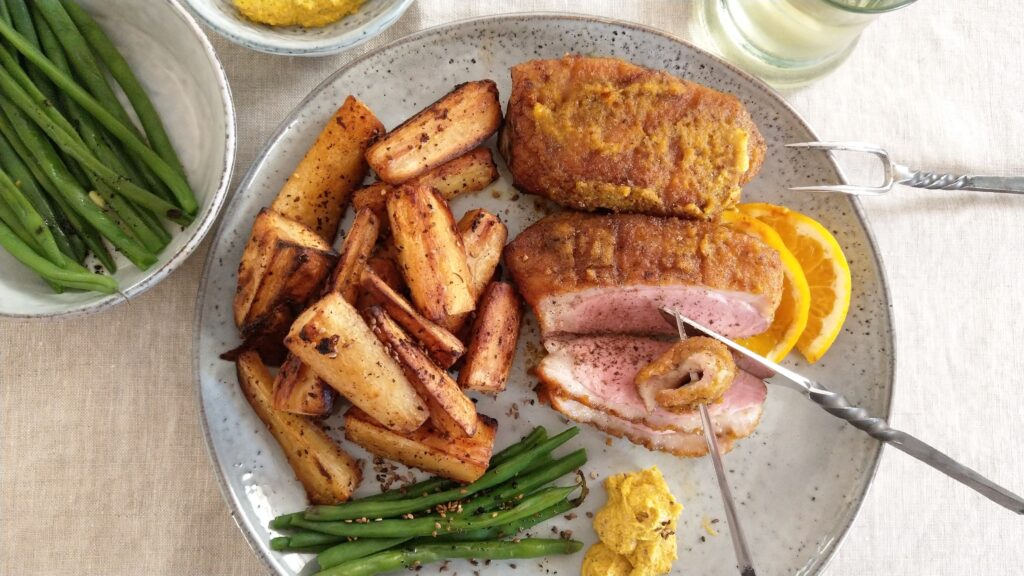 July 24, 2021 From FOOD AND COOKING OF THE MIDDLE KINGDOMS: Leek Bread for Sippets Read More